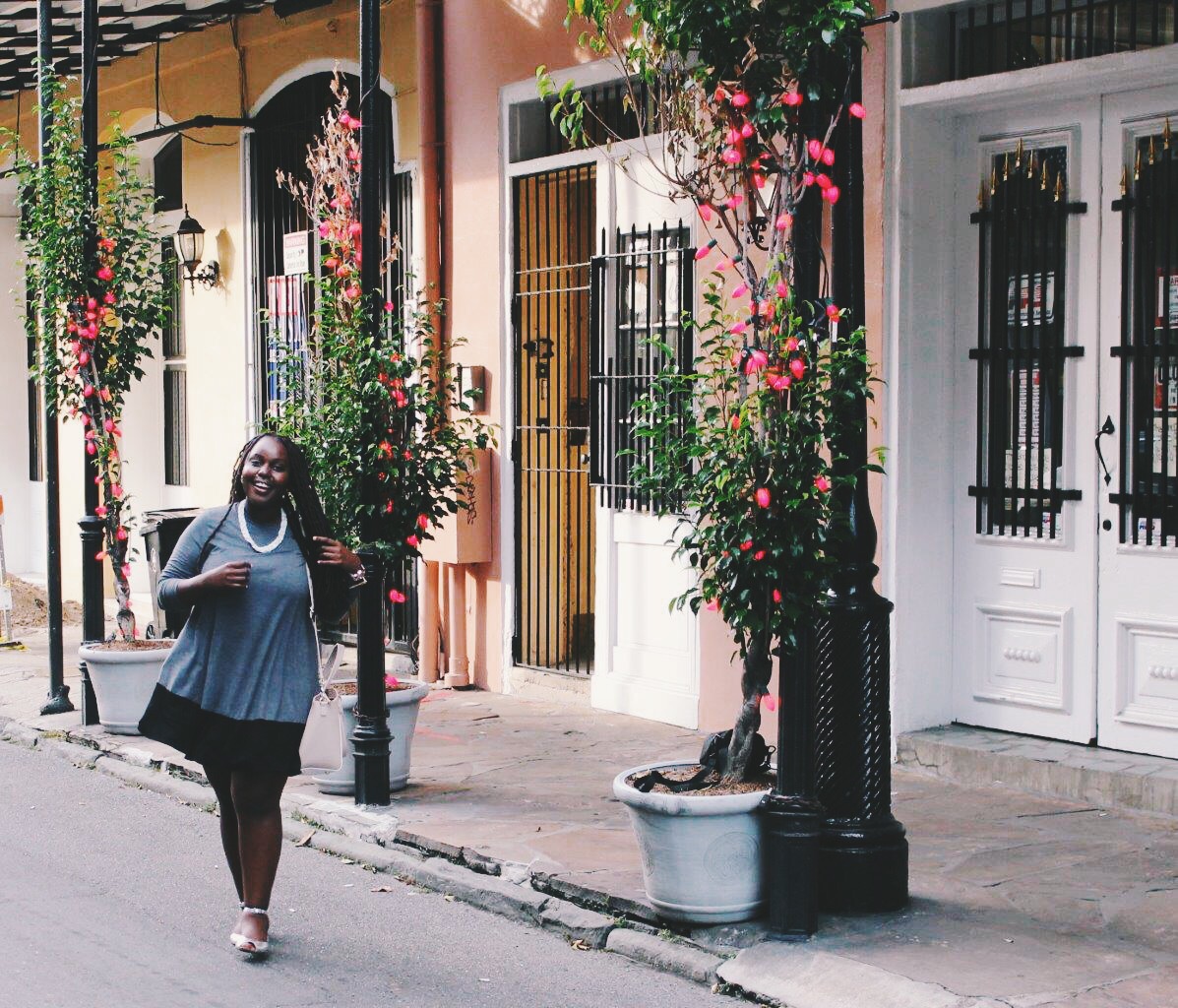 After a 7-hour drive, a stop in Baton Rouge to get BBQ from the renowned TJ Ribs, and my friend (Hi Sherin) who wouldn’t let me catch a nap for the entire ride just cos she couldn’t catch one, we finally got to New Orleans, Louisiana. I don’t know if I’ve mentioned this to you guys, but my ultimate dream would be to become a world traveller. So yes, I was gushing at the idea of being in not just a new city, but also a popular American must-see for the first time. Ps, my list of “must-see” places in USA is almost complete. I’m left with the Grand Canyon, the White House  and Miami beach.
Unlike modern Houston where I reside, Nola’s beauty is centered around its aged historical appearance and history. From the breathtaking streets that define the world famous French Quarter, to the vibrant nightlife energy on Bourbon Street, not forgetting the 18th century old St Louis cemetery and delicious Beignets (pronounced Ben-yays…thanks google) at Cafe du Monde. Nola will keep you on your feet all day…literally. 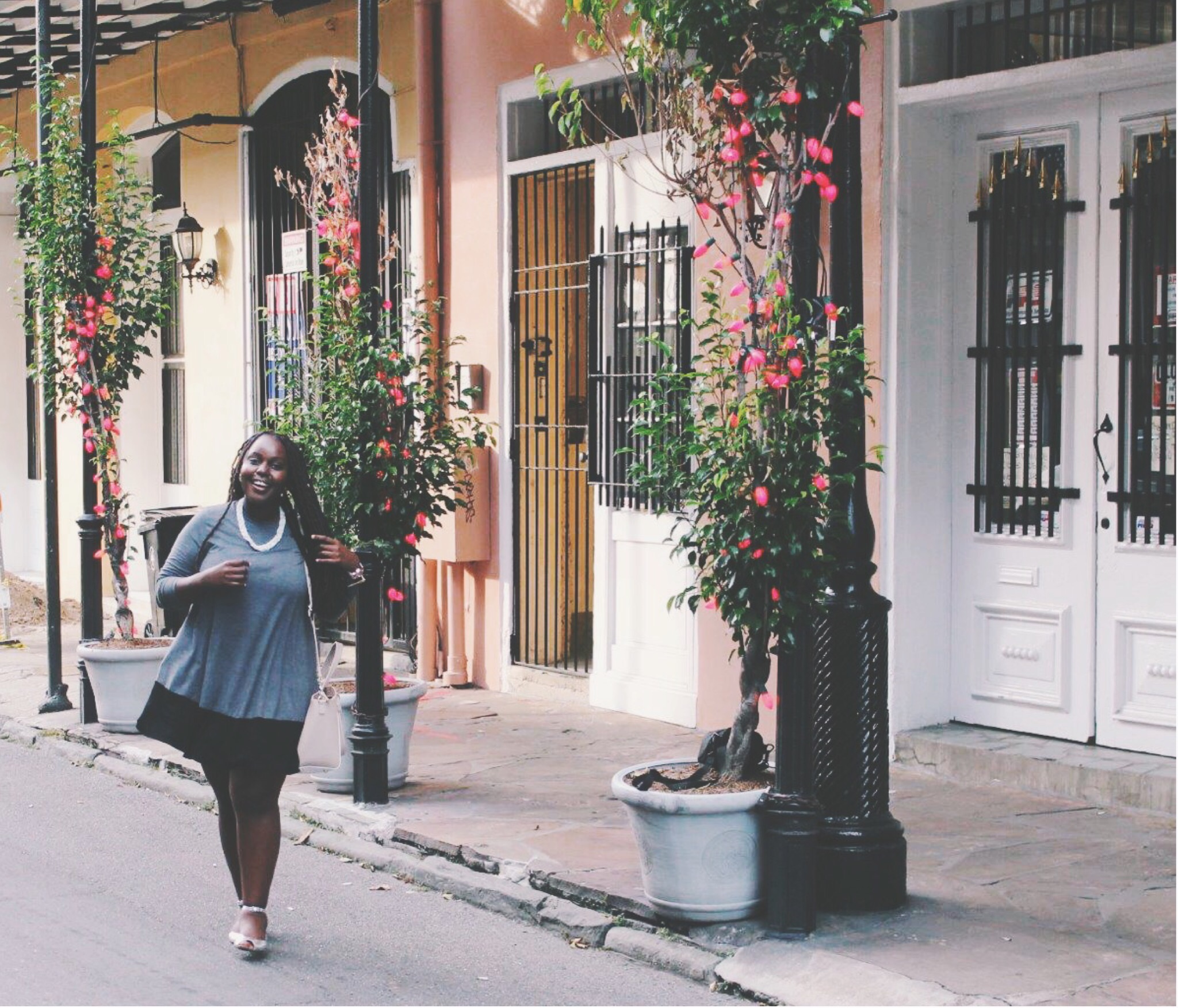 I got there with a few friends at about 10pm on a Friday night and only had about a day and a half in the city, but I wasn’t going to let that keep me from doing everything I wanted to do, so the challenge was accepted. I would like to say that upon arrival I took a bath, said my prayers and had an early night ahead of the crazy day I was yet to have, but y’all know I’m not about that life so Bourbon Street it was! 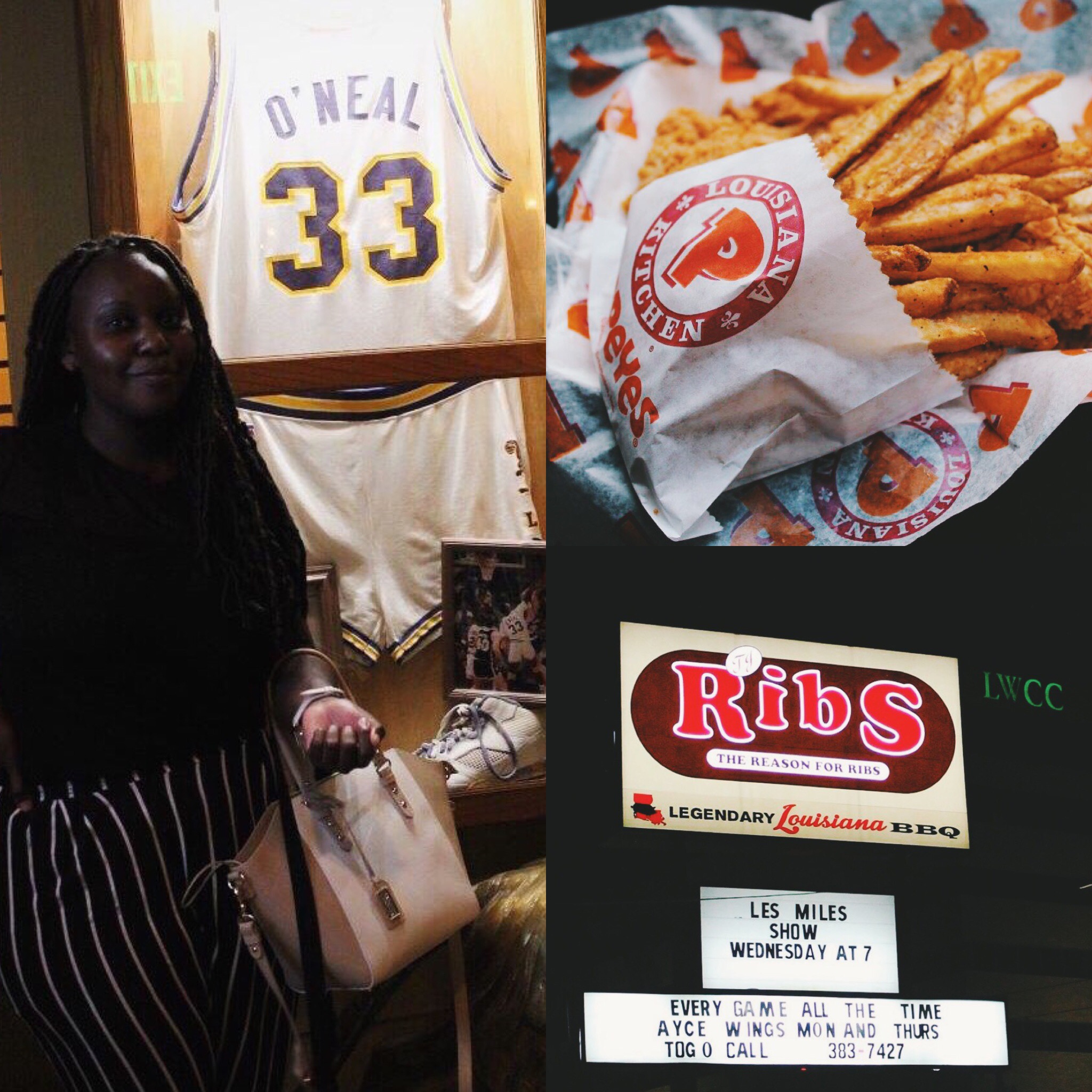 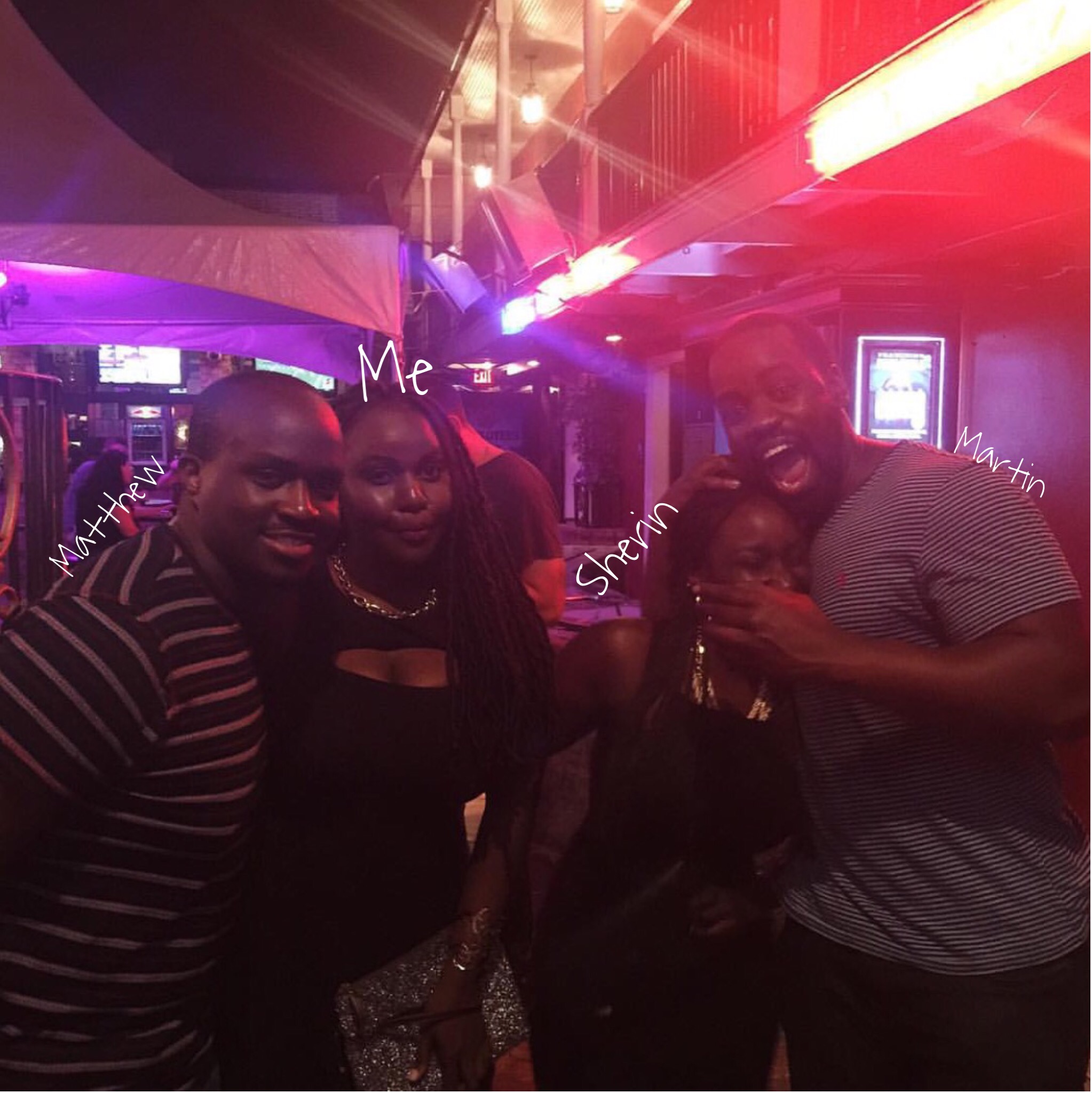 Mostly quiet during the day, Bourbon Street comes alive at night! This street, found in the French Quarter is filled with bars, restaurants and souvenir shops and is among the few streets I’ve seen in America that permit drinking on the street itself. If you’re into the Bar-hopping thing, this is the place for you. My friends and I briefly walked through the street before settling for Razoos, which turns out is one of the popular bars around. It’s pretty much a nightclub looking like bar with a well lit dance floor and a less noisy patio. We partied the night away and for the sake of preserving my public image, I refuse to tell you what time we got into our beds…in my defense though, we got to the Quarter at 1.30am. 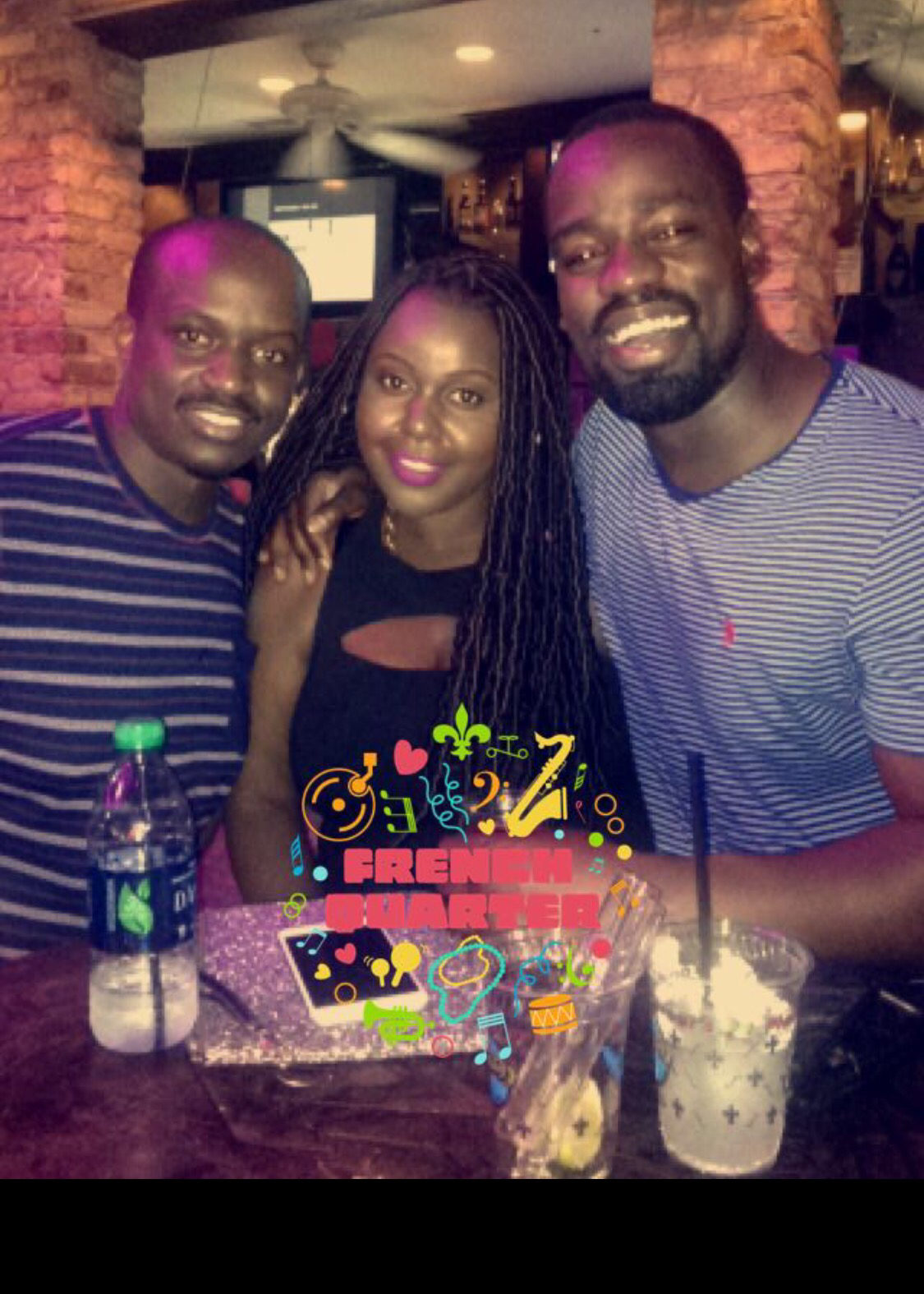 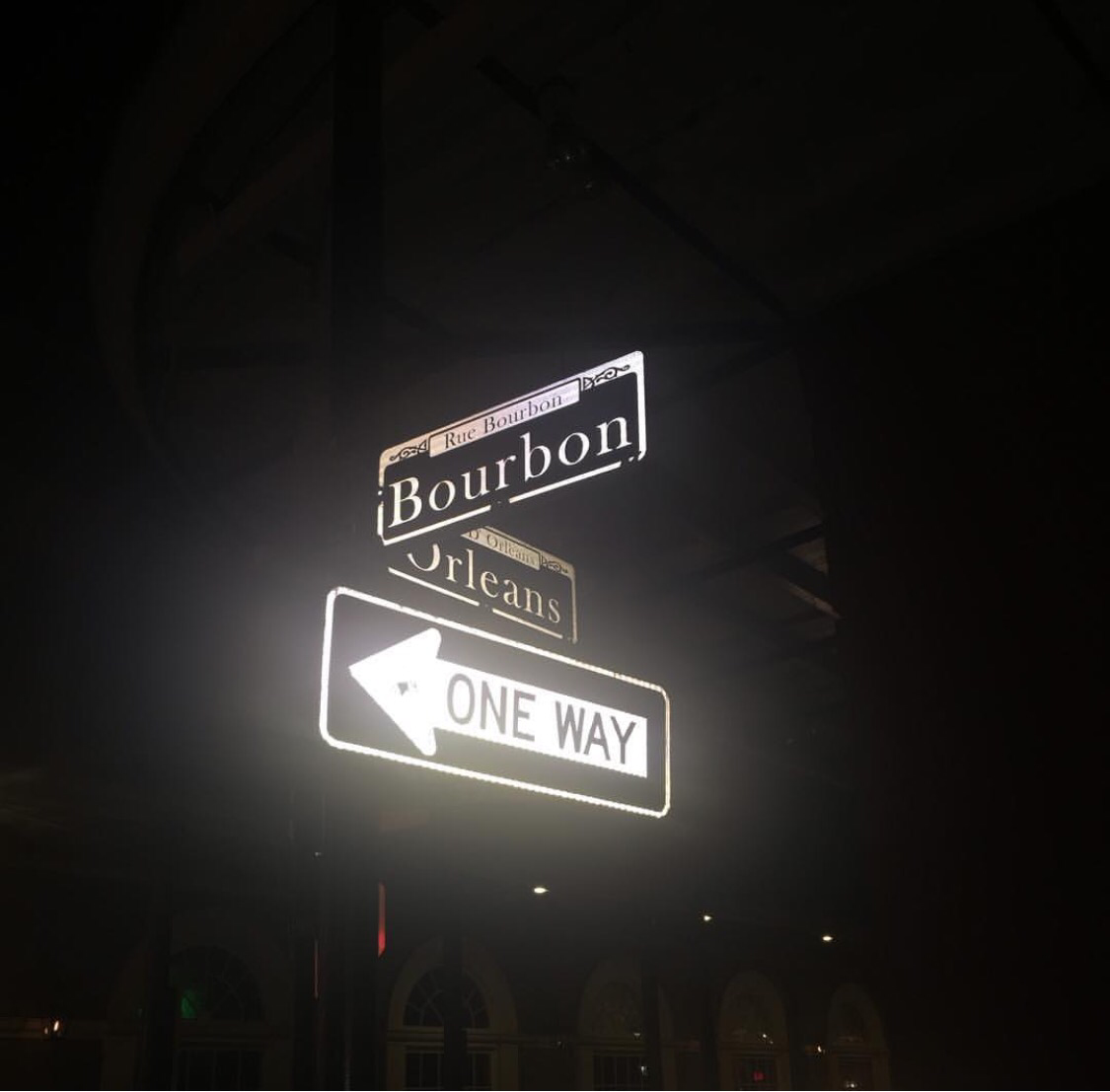 The plan was to wake up at 9am get brunch somewhere fancy then find a tour guide company…ummm we left the house at 1.30pm, got with some friends and by the time we had something to eat at the Market Cafe, it was 3pm. The last tour bus ride was at 4pm so there was hope, at least that’s what I thought. See, I have a friend called Matthew and our conversations don’t last more than 5 minutes before we get into a serious long argument about who understands relationships better. Basically, he started it when he said there’s no reason as to why a girl should wait more than 1 date to have sex with a guy because a guy already knows if he’s in for the long run or not…my goodness…I can still feel my head heat up just by writing this. Sherin of course was supporting me and our other friend Martin was caught up between “bros before hoes” and my valid arguments. Long story short, we left the restaurant at 5.45pm. 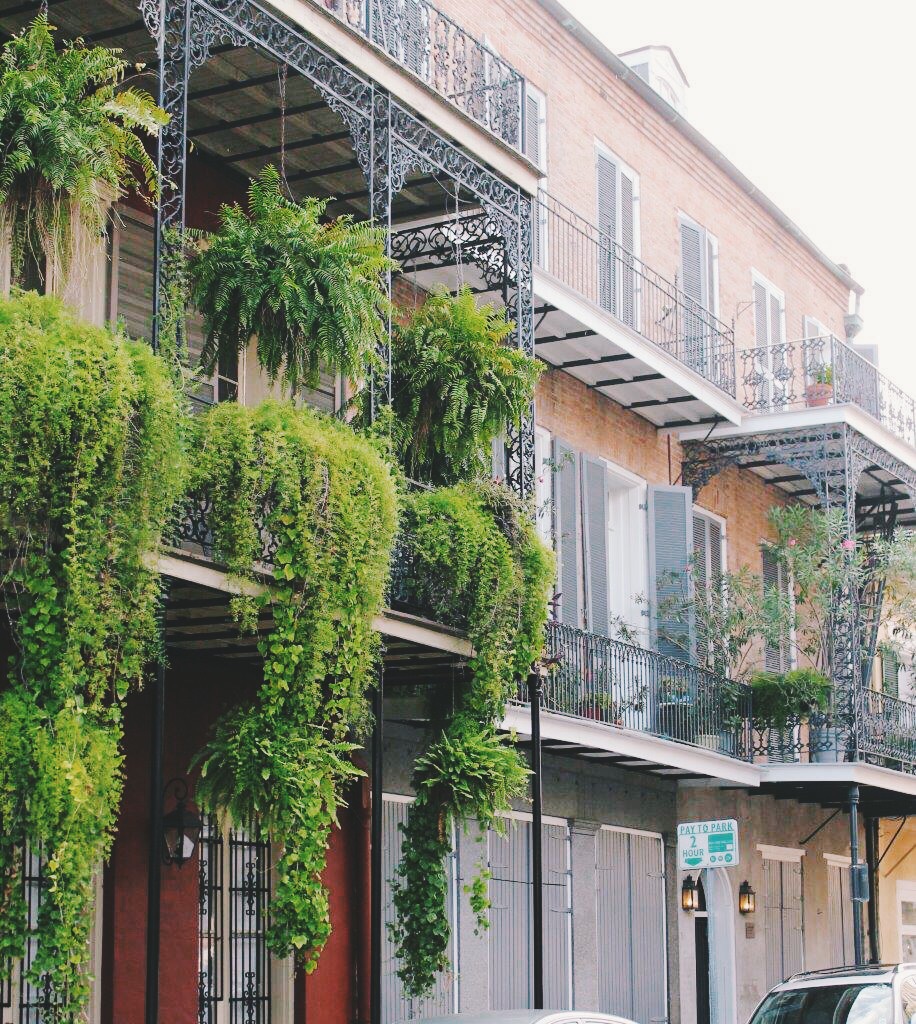 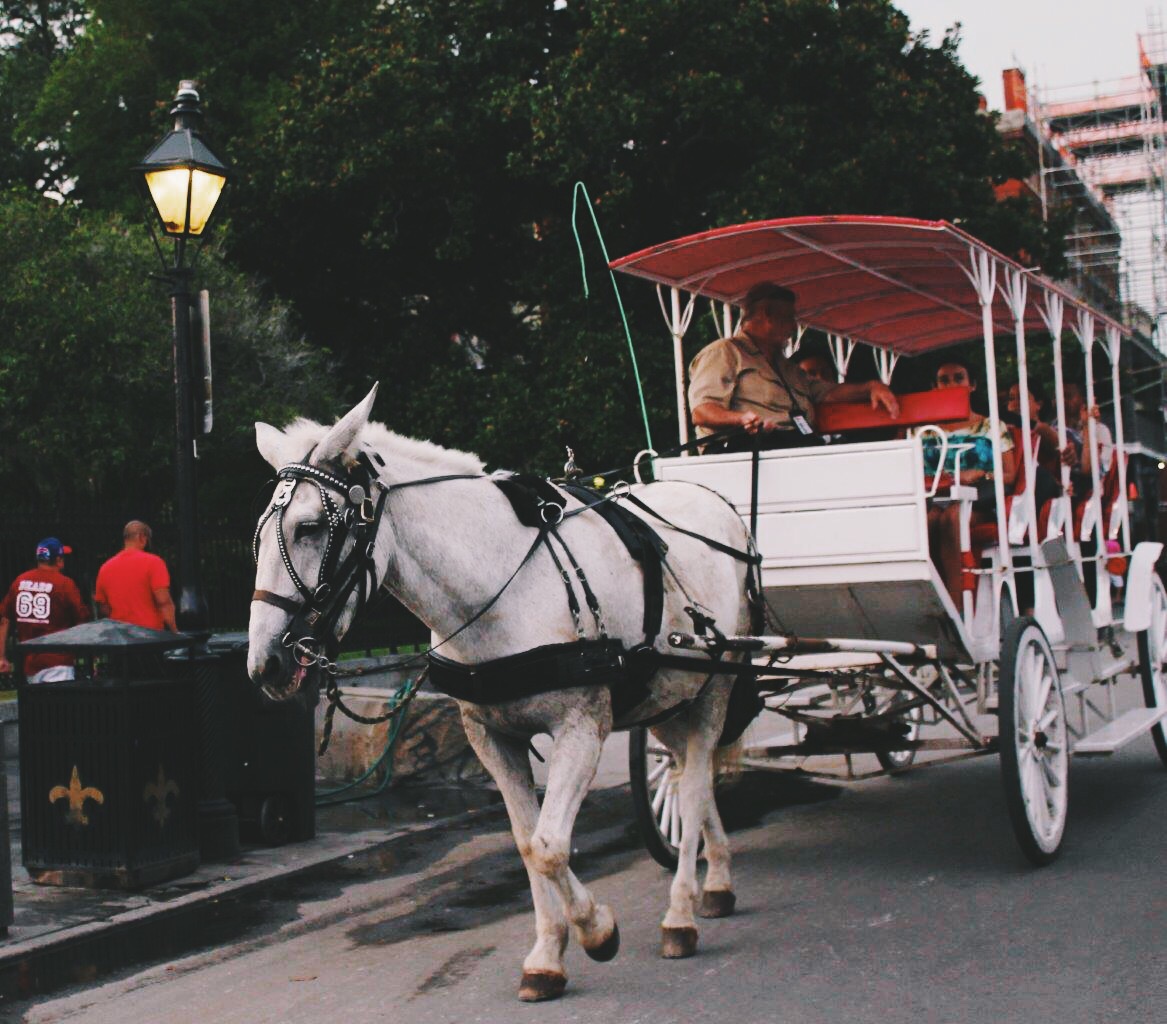 I was only left with a chance to quickly walk through the French Market and visit Cafe du Monde, before going back to our rented house to relax and make a “serious” plan for the night, a project headed by Matthew…Note to self, never put Matthew in charge of anything…ever! 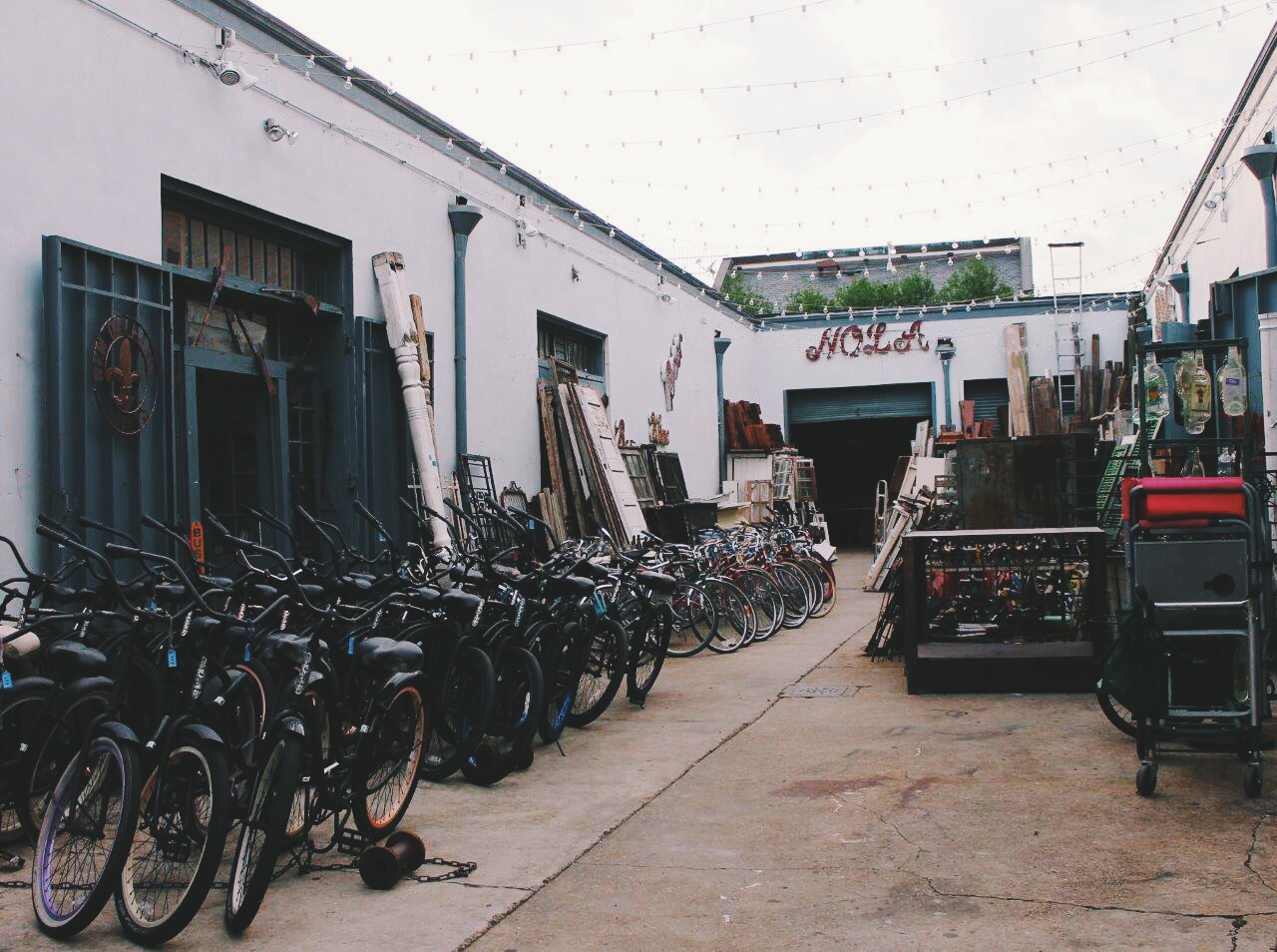 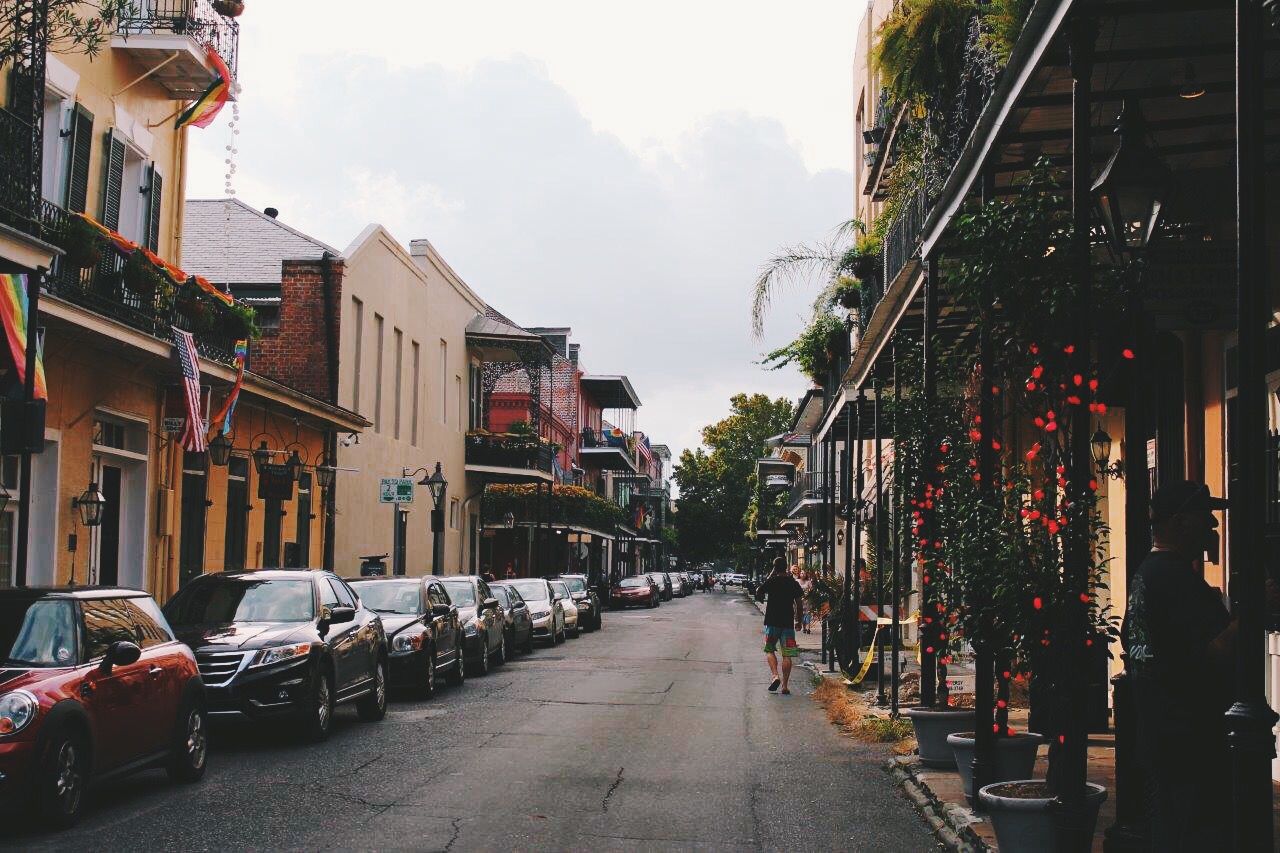 For a girl that has lived most of her life in Uganda, I did not find the French Market fascinating. I basically grew up in this kind of setting. A long covered strip with vendors side by side, selling everything from food, to bags, to cheap jewelry, even soap. No offense, but it looked like a flea market…sorry…lol. I did however find a chocolate/candy store that sold the yummiest pralines. 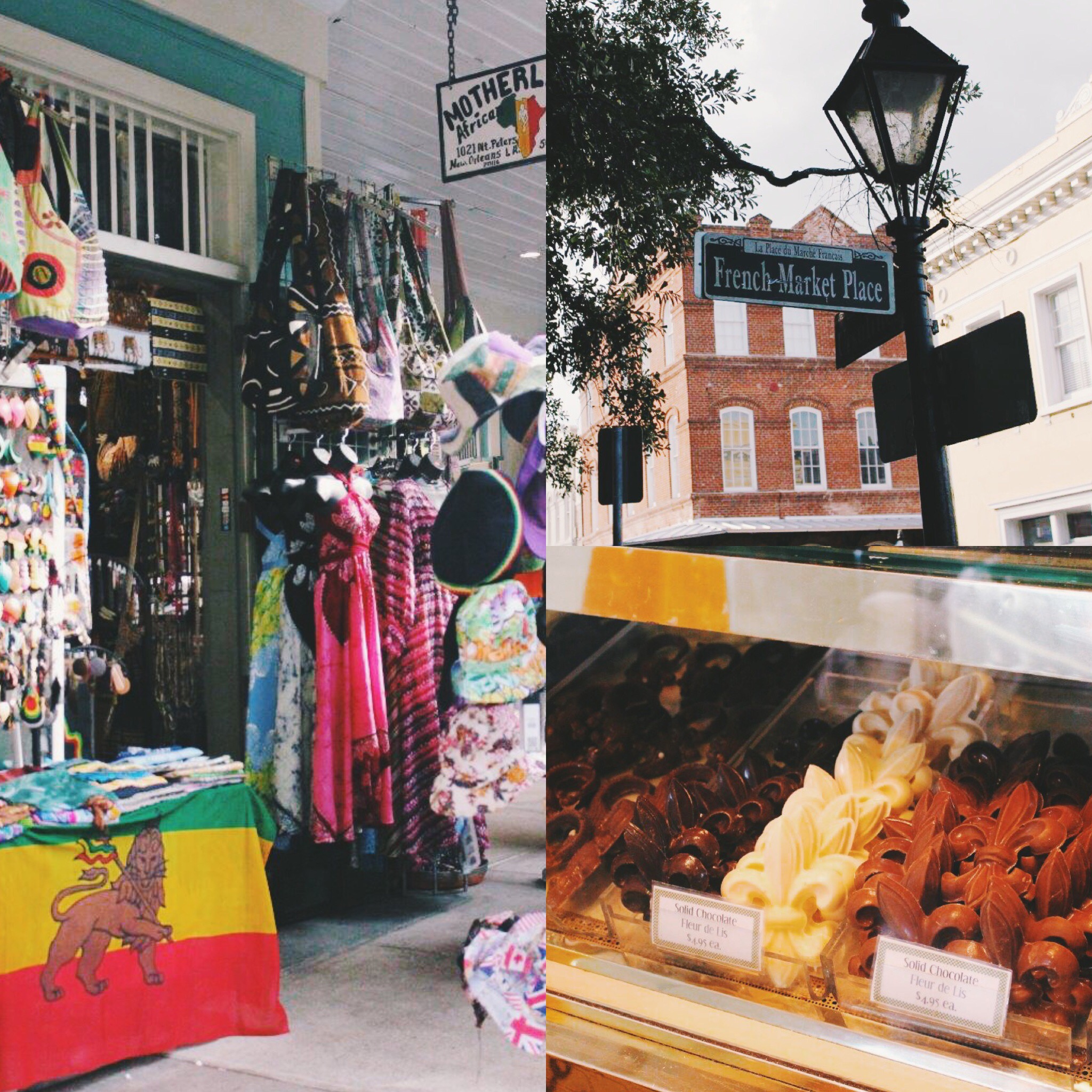 Cafe du Monde was in walking distance of the Flea…I mean French Market. So in between stopping to take pictures of the beautiful streets of the French Quarter and all the fascinating voodoo shops, I finally got to the Famous home of Beignets and Cafe au lait. 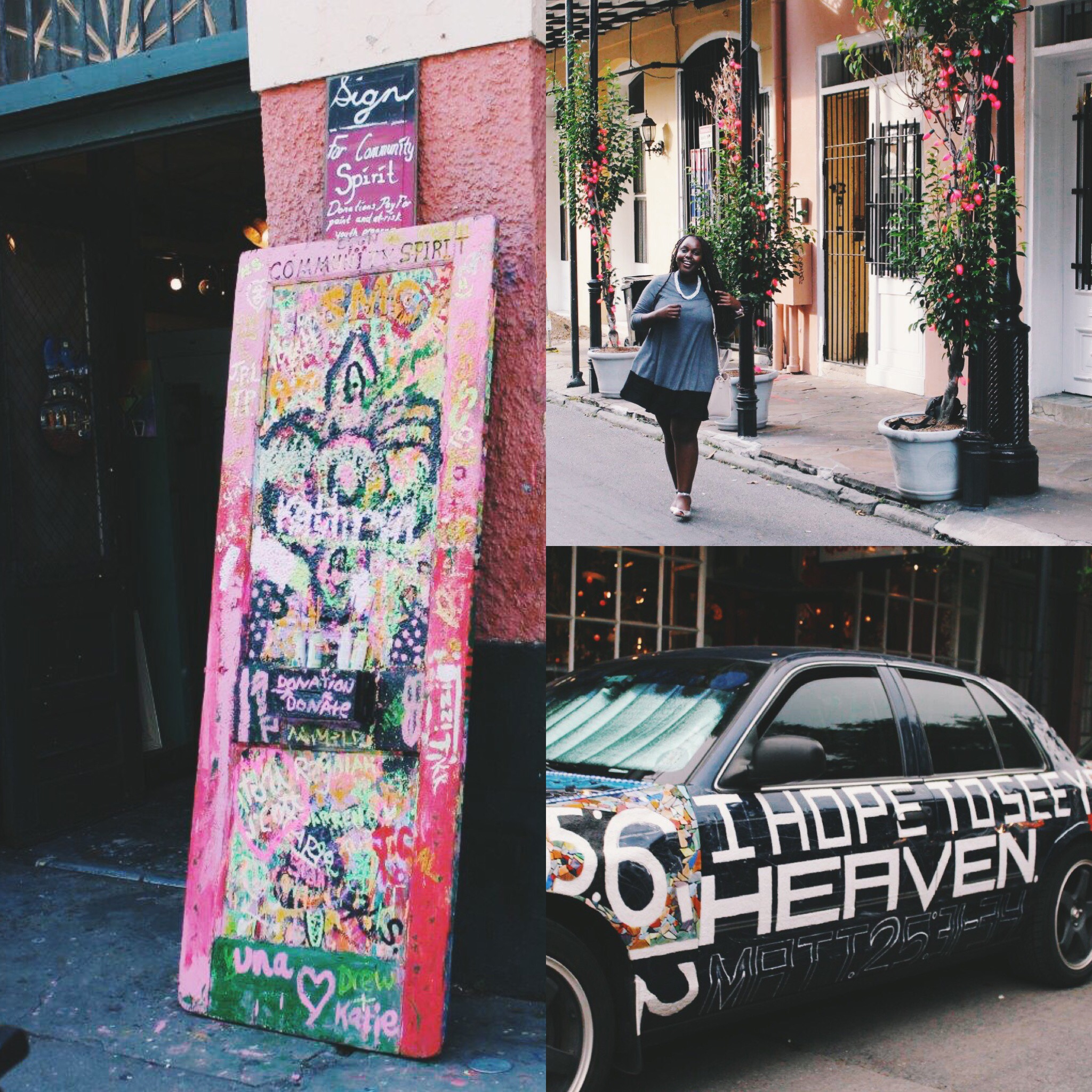 Cafe du Monde is packed all the time!!! Probably one of the most popular food places in New Orleans, everyone makes it a point to stop by and I wasn’t going to be left out. The place is so popular, it has its own gift shop. I opted for the to-go line….yes a line, a long one at that. Luckily, the to-go menu is a brief one so the line moves pretty fast. I opted for the cafe au lait and the Beignet mix…now laugh all you want, but in my head, I thought I was getting a variety of beignet flavors. Little did I know I was getting a box of flour!!! Actually 2 boxes cos I was hoping to share with my crew. The worst part is I didn’t check the bag till I got home cos I was in such a hurry…story of my life. I tried to go back the next day but the line was going around the corner and that’s when the idea of baking suddenly didn’t seem so horrible to me. 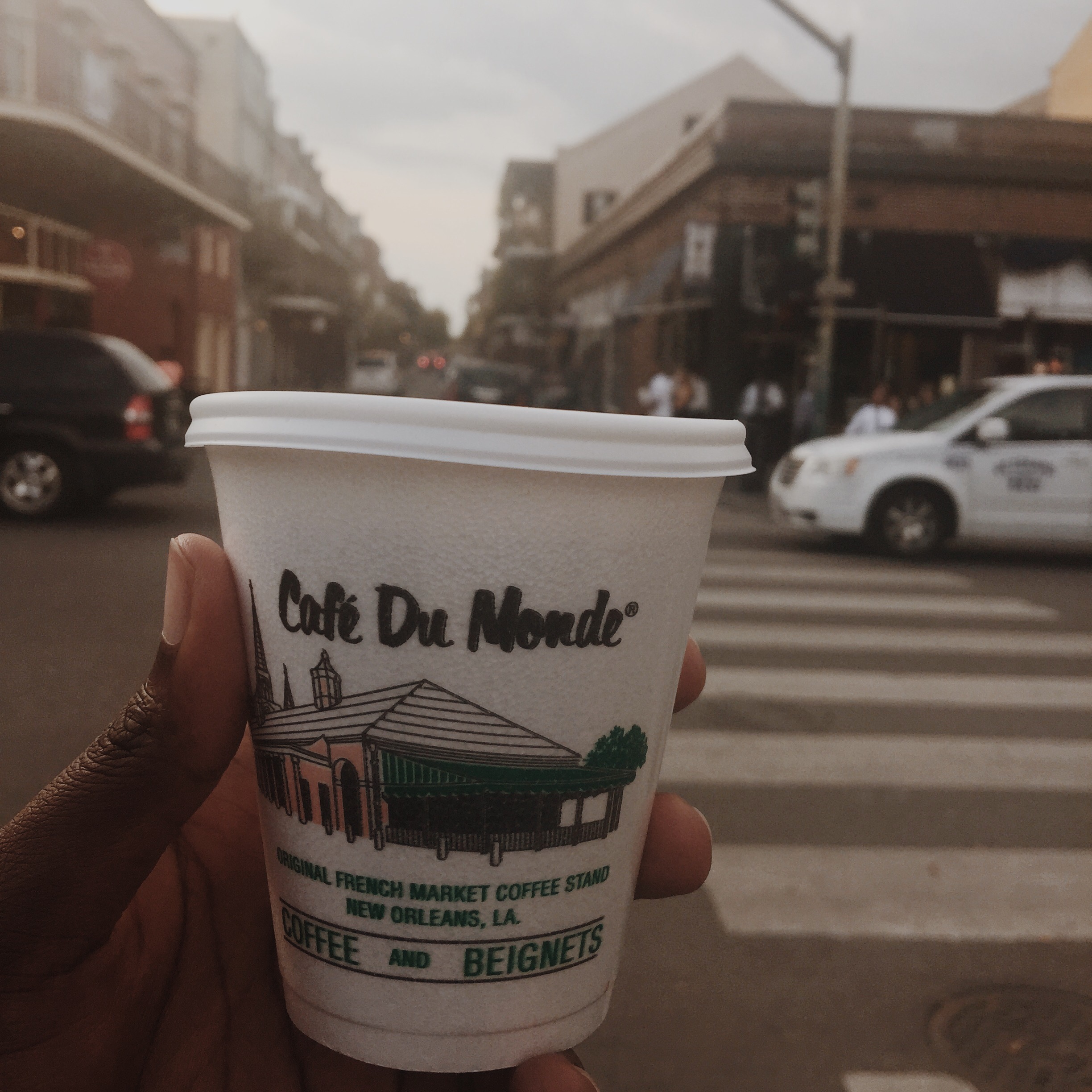 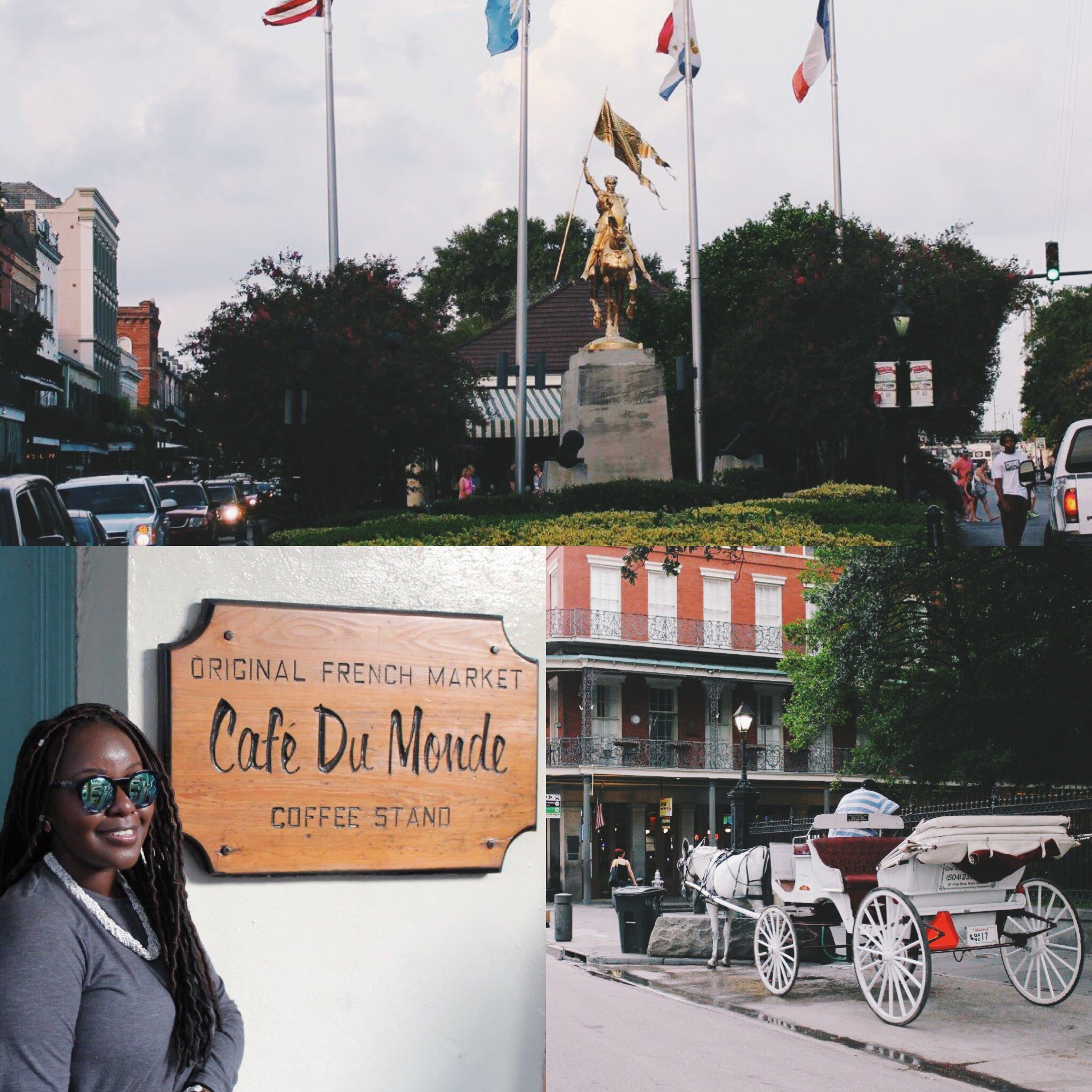 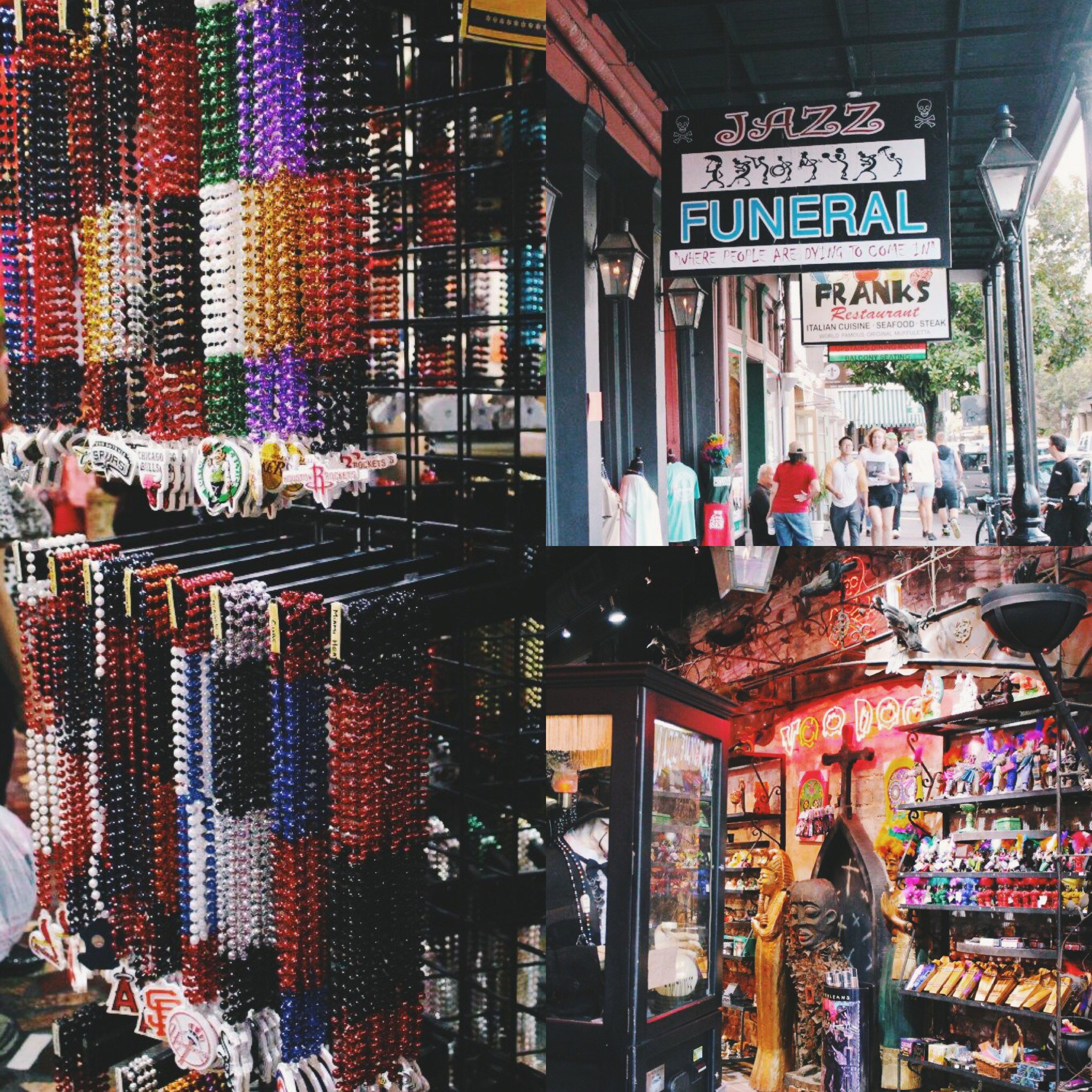 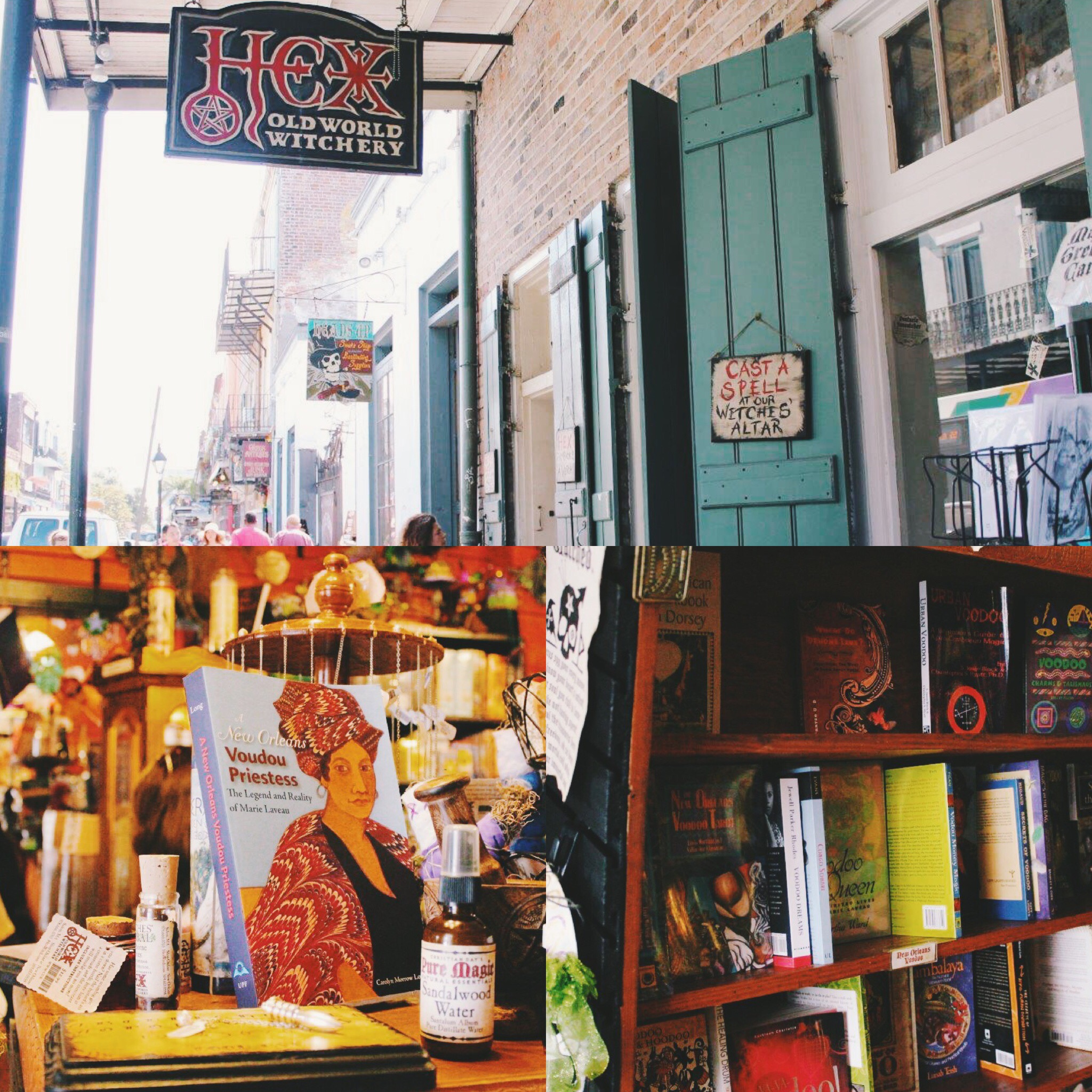 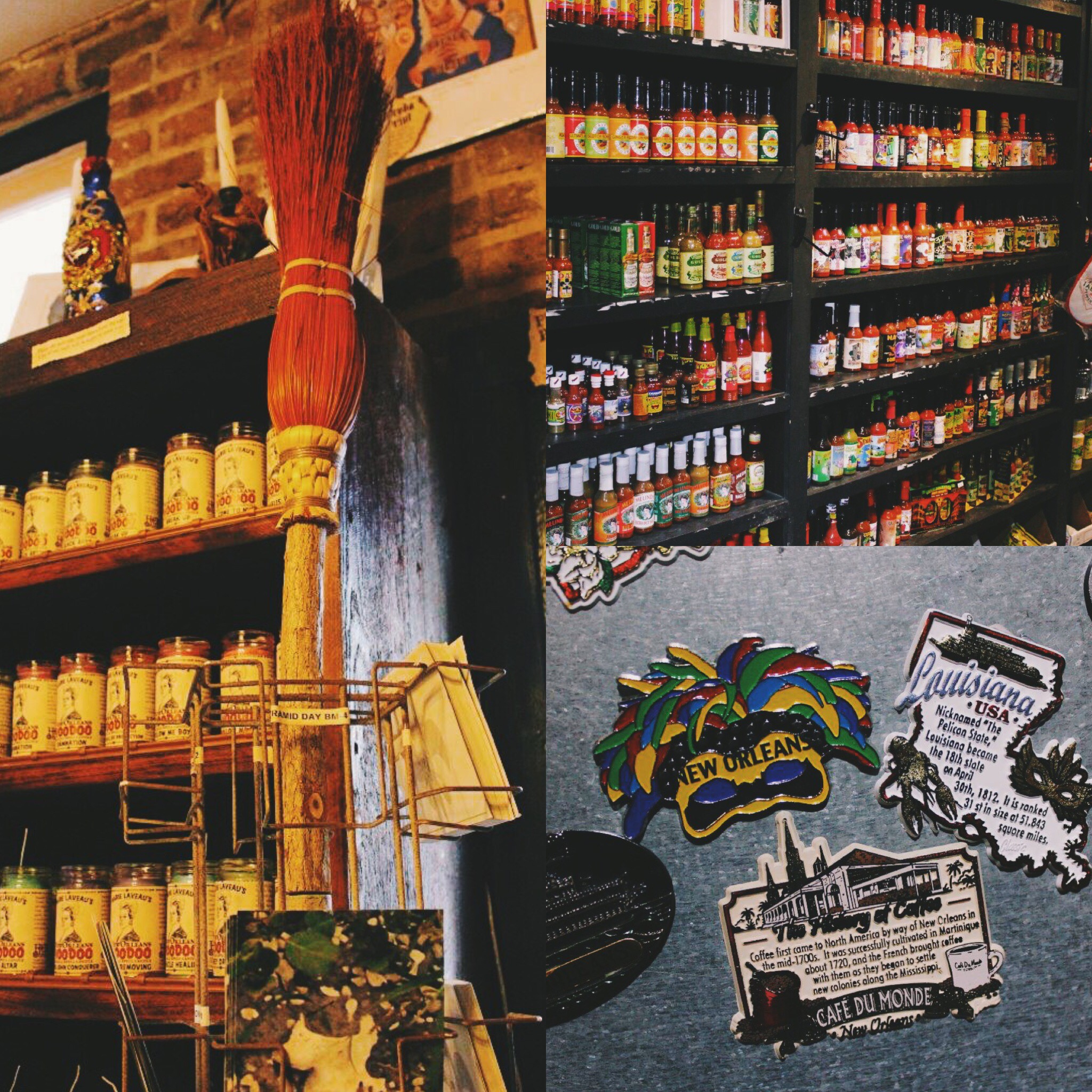 Night time was upon us again, and our planner for a “serious night” suggested we go to a reggae night club. Now I’m not the judge-y type but I knew I hated this place the second we walked in. Why you ask…..because ratchet-ness! I’m actually a reggae fan, but this was beyond me. While everyone else was trying to have fun, I found myself a tight seat in a corner and literally started going through every social media account I had. Eventually, we all gave up and in the middle of the night decided to grab some food and go home.

We were meant to leave on Sunday, late in the afternoon so I used my morning to do a little more sight seeing on French street, the St. Louis cemetery and the popular Garden District. French street is like a Jazz music central in the Quarter and better seen at night so I didn’t get the experience by simply driving through.

We then drove to the St. Louis cemetery…which was closed. Part of me was mad, but now as I look, back I have no regret about the fact that I didn’t get the chance to walk around a cemetery where the renowned Voo Doo queen, Marie Laveau was buried. Thankfully, the gates to the cemetery are the metallic type that you can look through, so I got a chance to peek inside and even better, get some cool shots with my camera without having people interrupt the scenery. Oh wait, I forgot to tell you why it was important to see the cemetery. If you can’t tell from the pictures, this is an above ground cemetery, actually 3 of them, the first having been built in 1789. Yep, they place your grave, then build a little vault around you. 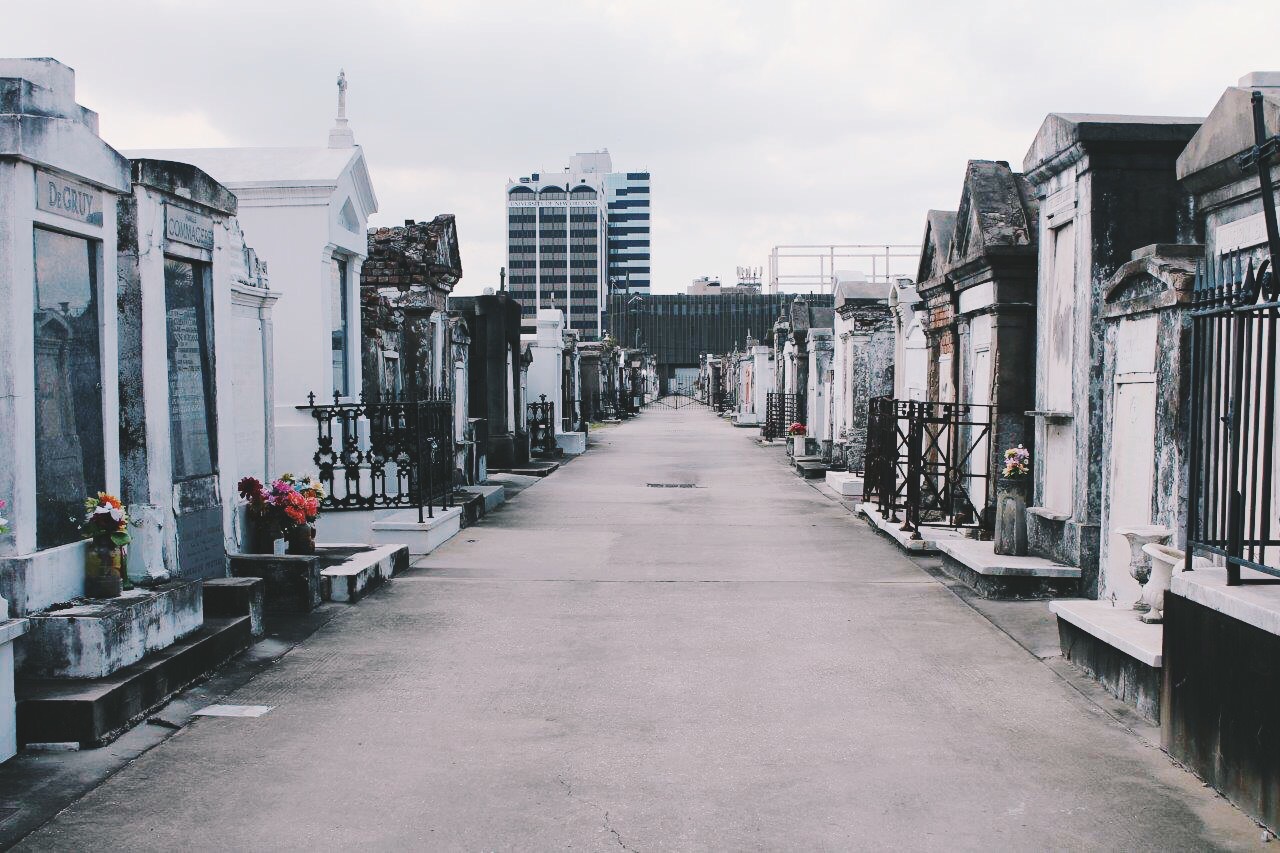 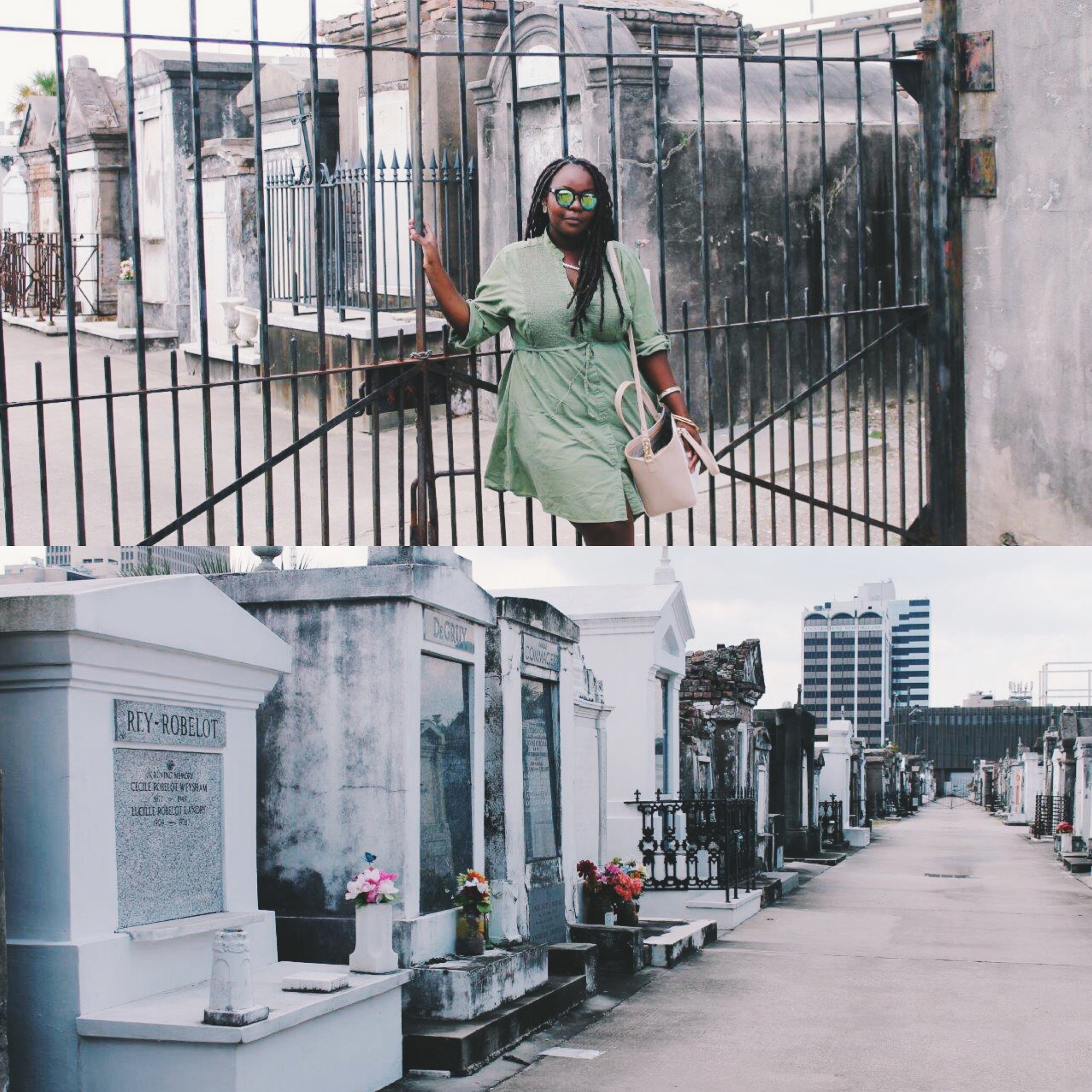 I later found out that although the St. Louis cemeteries were the oldest, there are a lot more above ground cemeteries. This practice might have come in as a tradition of the French or Spanish but it also favors the fact that Nola is vulnerable to flood damage, and I quote my informant, “people have to bury above ground cos there could be a flood and your loved one might float away,” chilling right? Especially since their grave yards are in the city…don nobody wanna wake up the morning after a flood and it’s a dead body outside your door…floating…bruh🏃🏼🏃🏽🏃🏿!
Side Note: you can’t blame this city for specializing in VooDoo practices, I mean, a lot of witch-craft is done is swamps, which are everywhere in Nola, not to mention the extremely easy access to the dead. Now you don’t have to believe me but heyyy.
My final destination, the Garden district, a beautiful neighborhood with historic mansions. We were really running out of time. So I only decided to see the Joseph Caroll House. I won’t lie, it is beautiful but maybe the charm is on the inside because I swear I’ve seen better, more historical looking houses. It was getting crazy hot so I tidied up and had my mini photo shoot before going back to the house to prepare to leave. 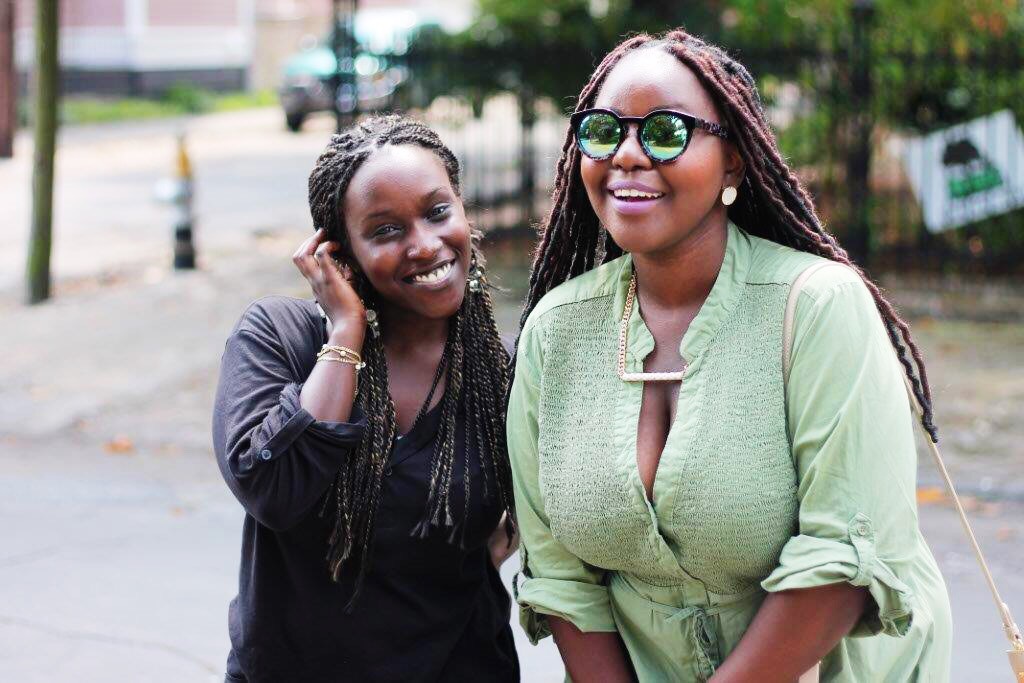 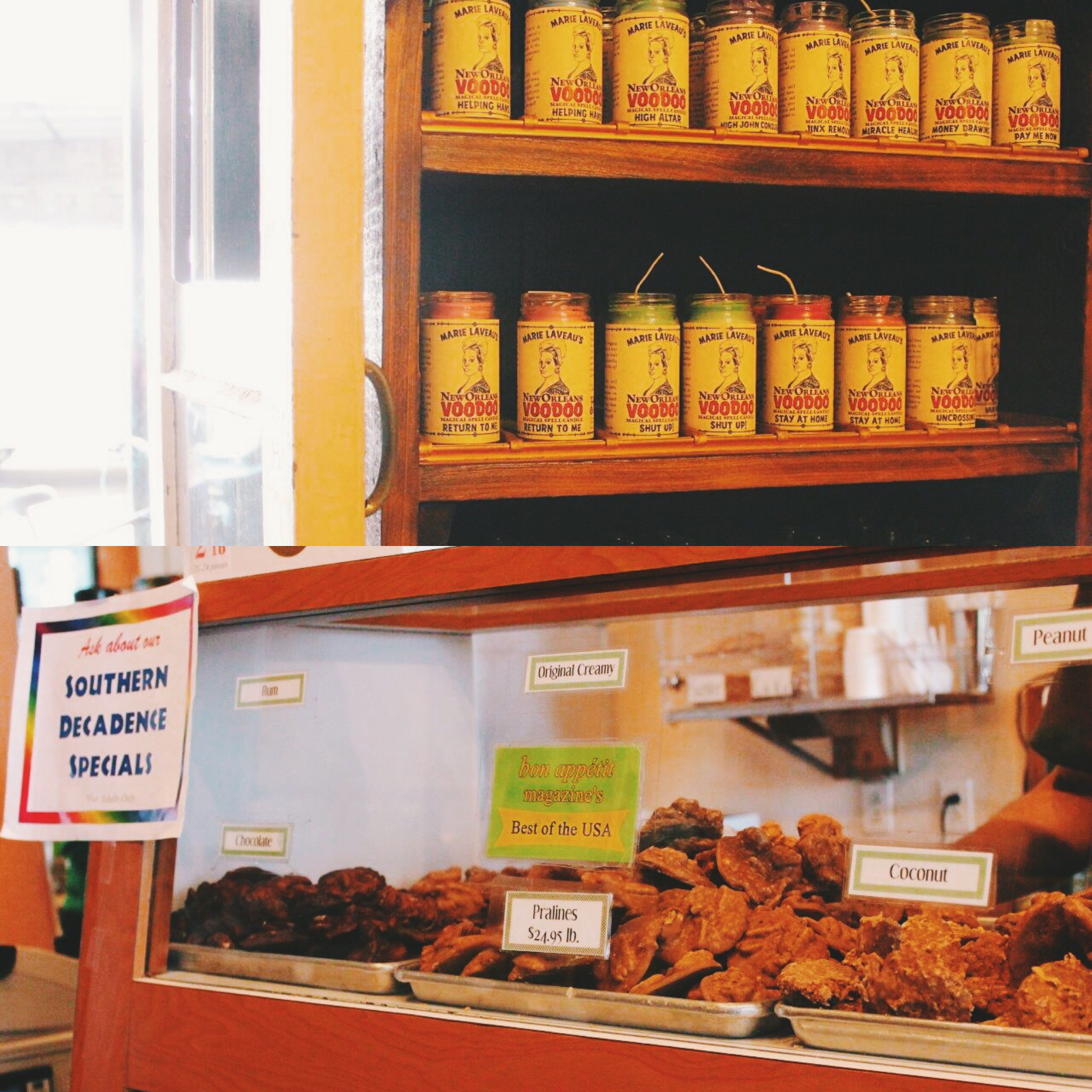 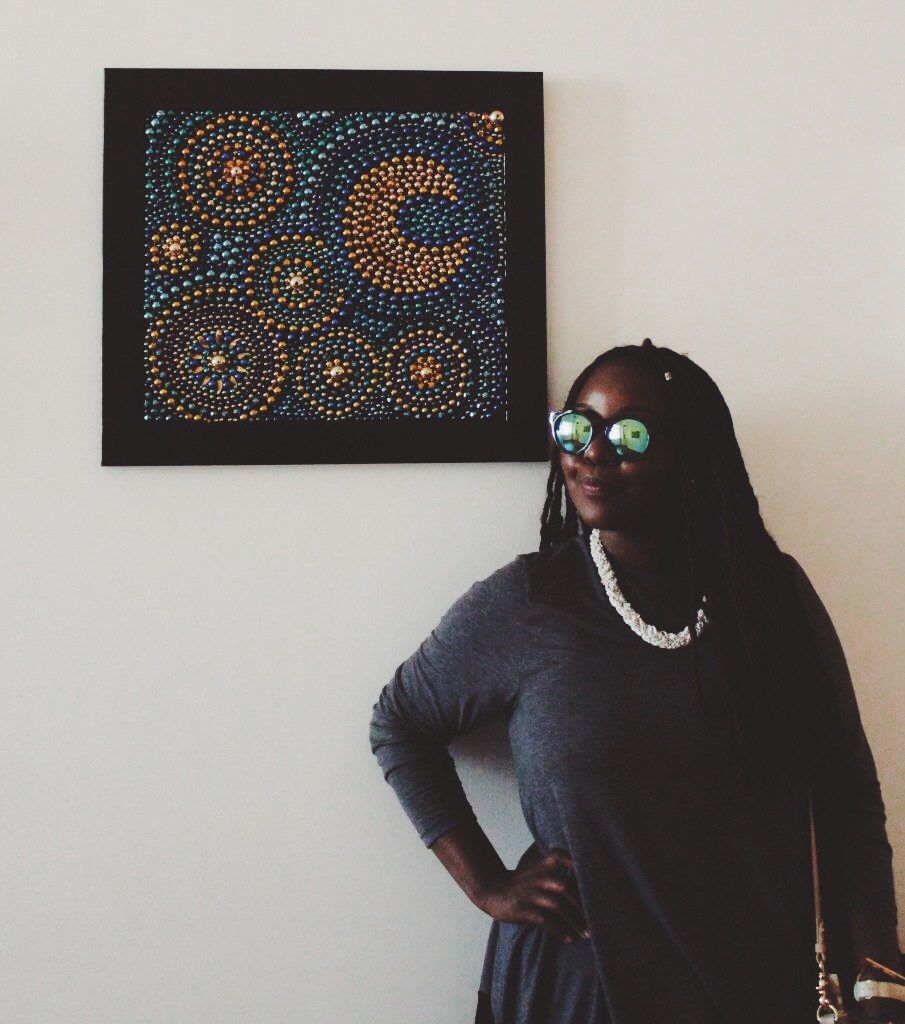 I honestly didn’t savor this city the way I would have loved to, but for a 36-hour visit, you gotta give it to me for trying, and seeing many of the most popular attractions. My favorite part was walking through the French Quarter and getting the feels of being in an old town.
A few things I want to check out when I return are first and foremost;
Eating the in-house made beignets of Cafe du Monde, try out the Po-boy sandwiches, Jambalaya and Gumbo. Nola is really big on seafood and I’m not the biggest fan, which is why I was really picky but I’m turning that around in time for my next visit. I did try out the Red Beans and rice, pralines and Cajun fried chicken…plus my home-made beignets.

Party at Pat O’Brien’s, the Cat’s Meow and especially Marie Laveau’s House of Voodoo and then eat at Galatoire’s, all on Bourbon street.

And last but not least, when on a different visit, attend the famous Mardi Gras.

I’ll be back Nola…enjoy the rest of your week…xoxo, Buba. 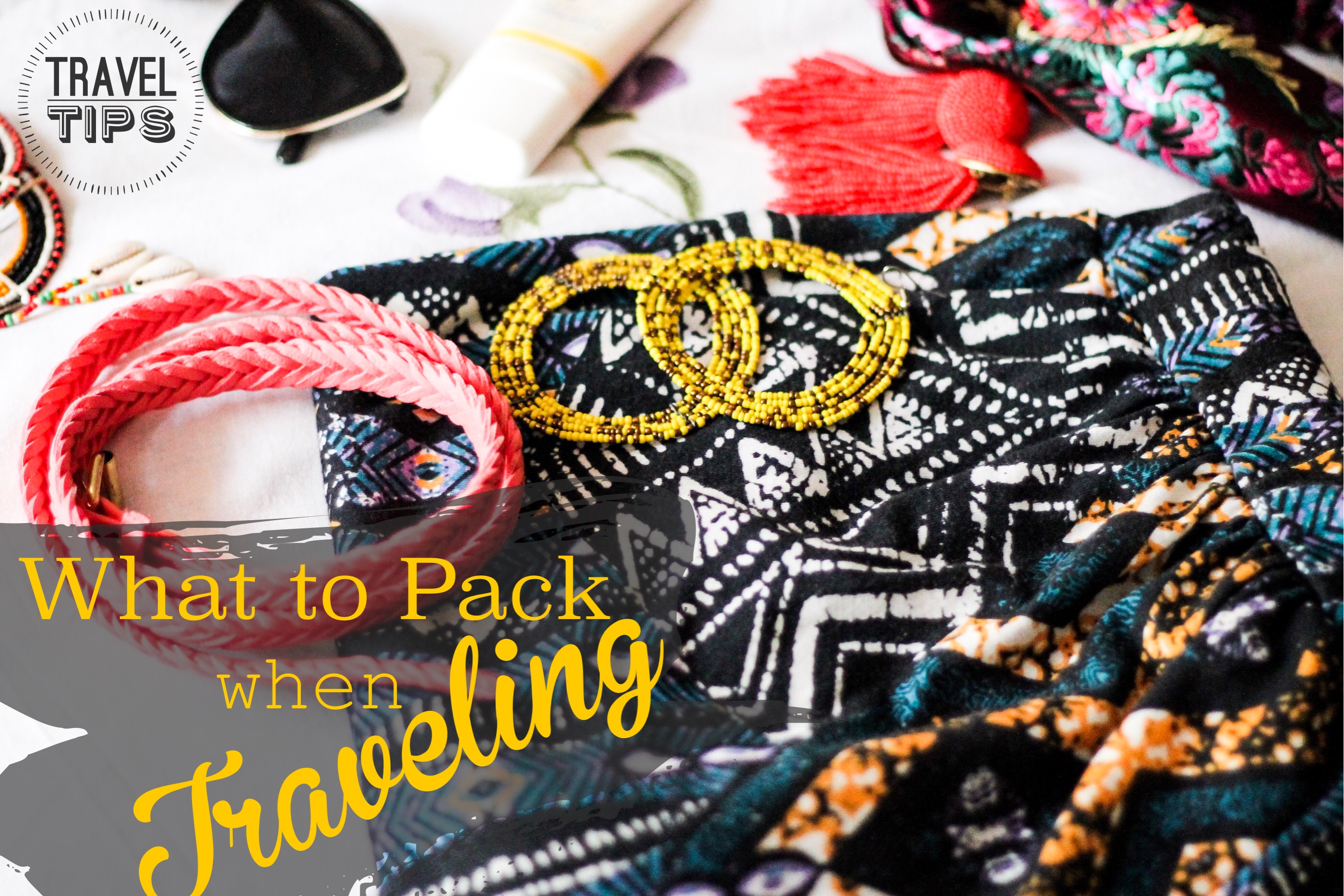 Year of Travel: What to Pack When Traveling 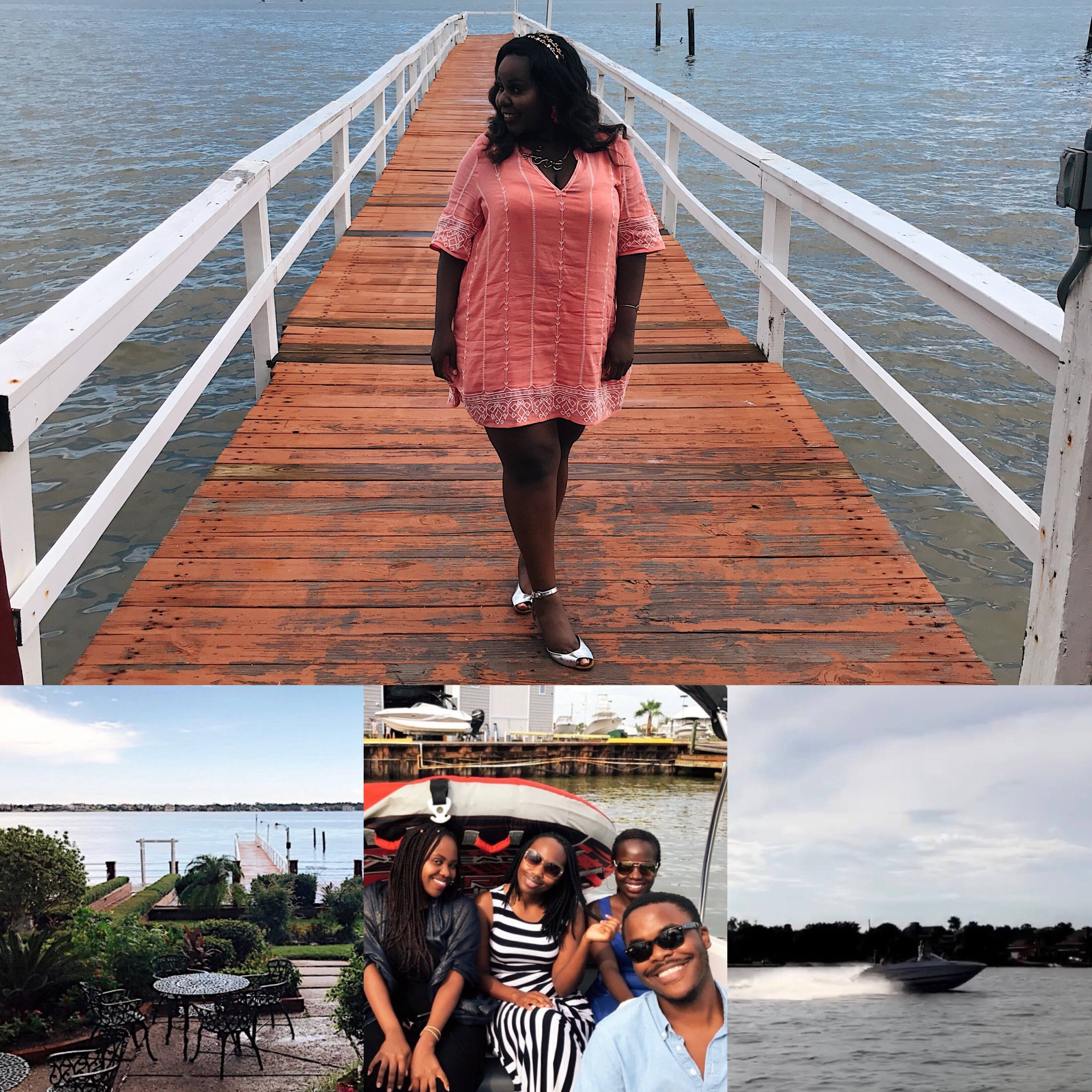 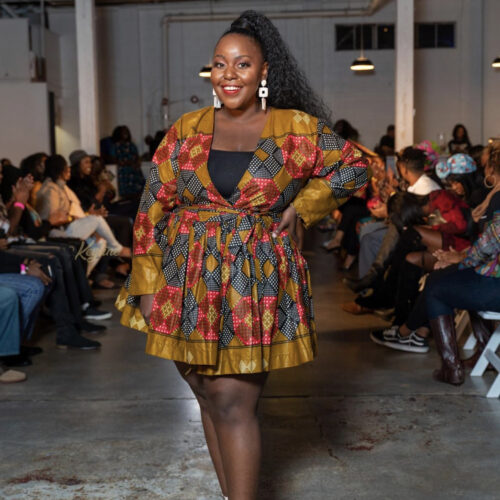 A Little Story About Manifestation 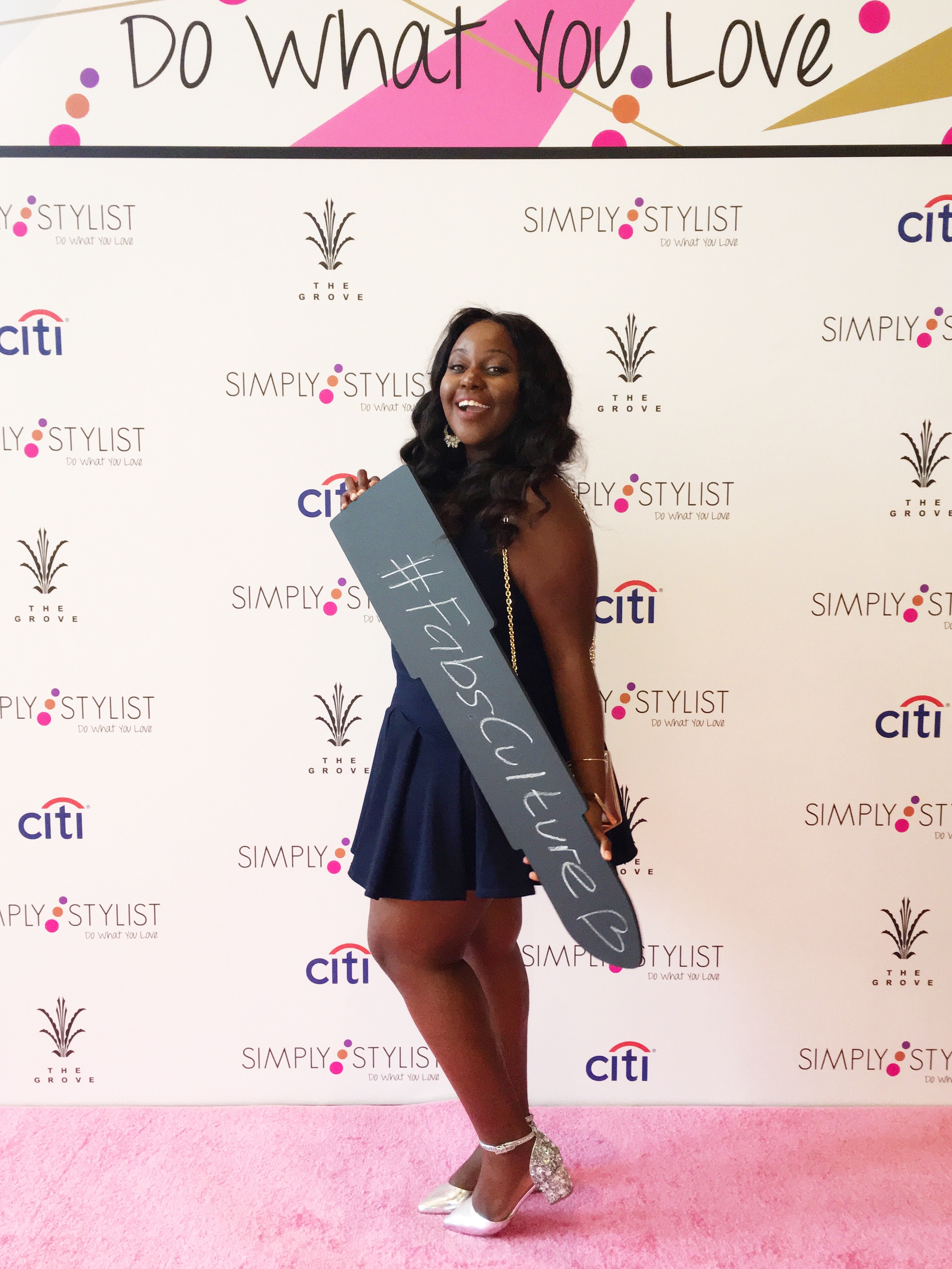 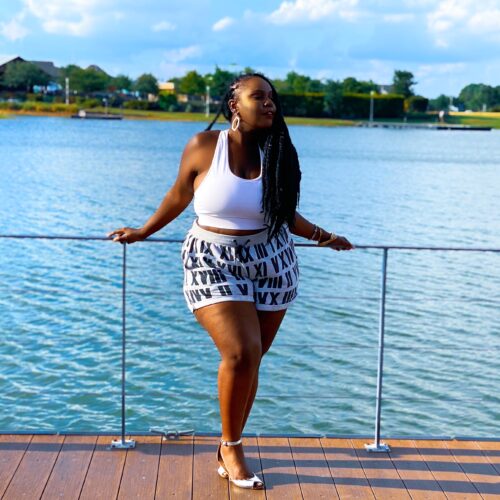